On Saturday 18th of May, 10 Tir Coed representatives were eager and motivated with litter pickers and litter bags in hand as they lined up at the starting mark alongside other challengers of Hydro Dragon Events 21 mile walk/jog/run at Lampeter leisure centre. Their destination – Aberaeron harbour, 21 miles later – seemed a long way away; but this didn’t halt the enthusiasm that was clear to see and hear.

Within the first five minutes of the walk, it was apparent that they would be filling many litter bags, which were provided by Keep Wales Tidy. The Tir Coed team who had to slow down drastically as the litter increased, were behind the rest of the challengers involved, and were joined by 2 excellent Hydro Dragon Events marshals for the rest of the walk. Within the first 30 minutes of setting off, the team had already picked up enough litter to fill more than 1 bag, highlighting early why it was important that the group did this challenge. 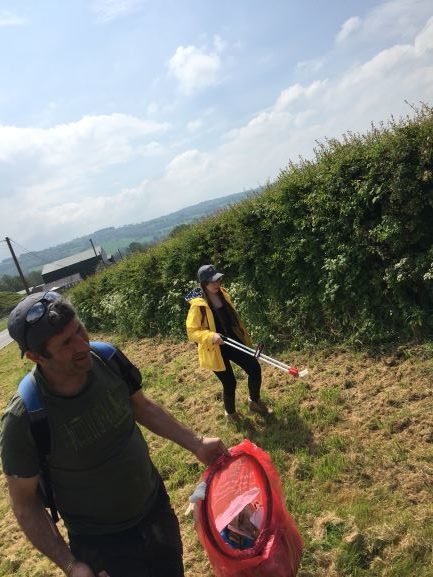 The route headed into rural Wales which meant the amount of litter had significantly dropped. 3 full bags of litter had already been collected but for now, their concentration could shift slightly away from the litter and onto the next challenging 5 miles. Hills, forests, farms and public footpaths were a beautiful setting for the morning and early afternoon walking. 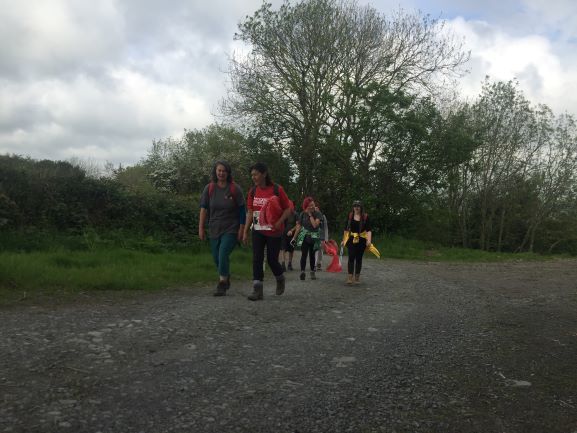 Throughout the day, the team were keeping up to date with the Just Giving fundraising page and as the donations continued to pour in so did their drive to keep going! 11 miles completed and Talsarn feed station in sight; 6 full bin bags and over £325 raised, the team were excited to see what the next 10 miles had to offer but first, some food! 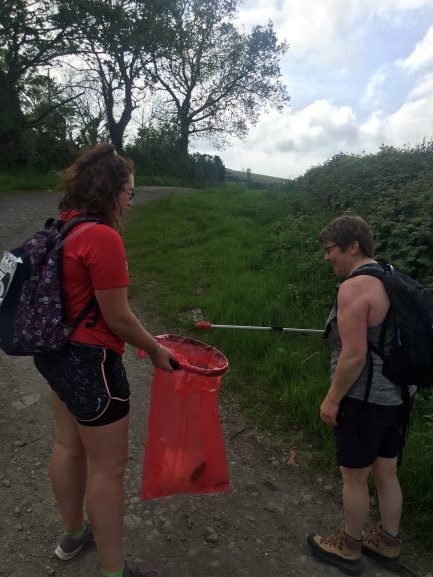 Hopeful that the worst of the litter was out the way, the team pressed on towards the next feed station in Ciliau Aeron, 6 miles away. A scenic walk adjacent to Afon Llan-llŷr, and enough rubbish to fill 3 more bags, the team picked up the pace and reached Ciliau Aeron beginning to feel the pain of the last 17 miles, with one eye looking for litter and the other searching for any signs that Aberaeron was nearby! As the team joined with the Afon Aeron, they stuck together collecting a further 3 bags full of litter. 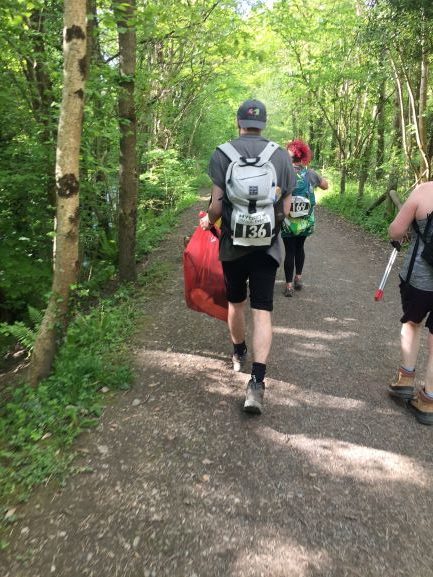 8 hours and 57 minutes from leaving Lampeter, the team crossed the finish line together having raised over £400 (and counting!) and having picked up 12 full bags of litter which highlights the huge litter problem we have in Ceredigion. We all need to work together to limit the amount of rubbish strewn into our fields, hedges and roadsides, and to pick up all that is already there, for the benefit of our local wildlife and environment, the cleanliness of our towns and for the benefit of the future of the whole planet. 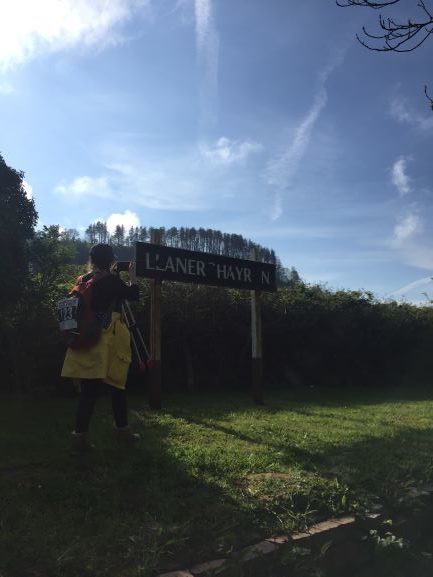 Thank you to everyone who has donated to www.justgiving.com/campaign/ti... and shared our journey! 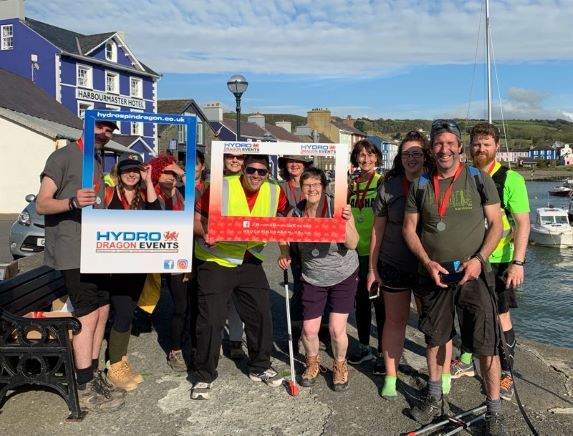