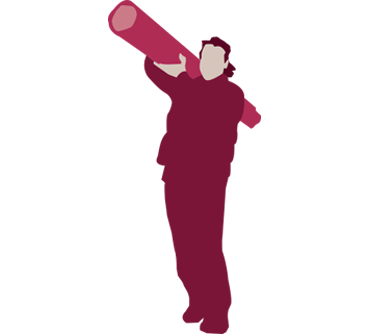 David’s story
David did not have an easy time at school, struggling within the confines and structure of the curriculum and classroom based activities. He was always happiest when doing practical subjects, where he could use his hands to create things. After leaving school he tried following the more vocational courses of bricklaying and carpentry, but found it difficult to settle, and so dropped out before completion. A mechanics course fared slightly better, and although he achieved success here the work did not inspire him for long. Then at the age of 19, he was referred to a Tir Coed woodland skills course, and this was when everything seemed to click.

Being in the outdoors, and particularly in the woodland setting, David felt calmer and more able to manage his frustrations. He discovered new skills, made new friends and developed a good working relationship with his Tir Coed tutor, Benjamin Grey. David became a devoted trainee and committed volunteer, eager to gain as much experience as possible. He clocked up over 300 hours volunteering – an indicator of his dedication for, and interest in the work.

David proved himself to be a keen and conscientious team member, and as such was offered more volunteer opportunities by the tutor, mentoring other young people on different woodland programmes. As a result of the positive feedback from these experiences, he was offered work with Tir Coed, as an Assistant Tutor; taking these responsibilities very seriously, right down to organising and cooking a meal for participants each session. David developed a relaxed and jovial approach, whilst showing empathy and understanding for the lifestyles and circumstances of the individuals he supported. Participants, in turn, looked to him as a role model of what could be achieved through the woodland projects they were involved in.

David joined Tir Coed again later, this time for Support Worker training, which helped to extend his knowledge and skills further, but having sustained an injury (outside of the course) he needed to take a break for a few months. Once fully recovered, he struggled to find any other work as rewarding as the woodland management based activities he had grown passionate about. Being unemployed for a lengthy period of time, David became disillusioned and irritated by the system which saw him having to partake in work he felt unsuitable and unproductive. It was only when he saw Tir Coed’s Woodland Management Apprenticeships advertised that he uncovered his dormant motivation.

Unfortunately, David was unsuccessful in securing a placement during the first round, but 12 months later, still determined to succeed, he reapplied and was thrilled to be offered an apprenticeship placement with Tir Coed’s social enterprise WiseWoods Wales. Due to the rurality of where David lives he had to make a 75 mile round-trip 3 days a week to reach his apprenticeship placement, all on public transport. This is a feat in itself as rural bus services are none too regular, making his journey an arduous 8 hour round trip and lengthening the day massively. During the apprenticeship David worked on a hectic schedule with the WiseWoods Wales team, designing, creating, building and installing bespoke play structures. Since leaving the apprenticeship David has been engaged in full time forestry employment, which has turned his life around. Without Tir Coed and its progression routes his life could have been very different.