After an early start, I was glad to be travelling to North Wales on a beautiful spring day to take part in a completely different conference in Coed Llwynonn, Llanfairpwll, Anglesey. 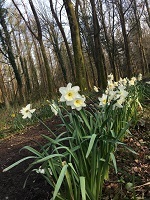 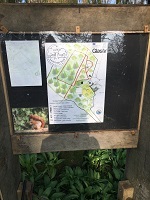 The morning was spent in a tent listening to an update from the north regions of Outdoor Learning Wales groups and three guest speakers. Sue Williams from Wales Council for Outdoor Learning was the first to speak and she spoke about the ways of teaching children outdoors to a high standard. Following this, Adam Shepherd from Ysgol T. Gwynn Jones, Old Colwyn, spoke about the way he introduced outdoor learning in the school. He mentioned that almost 40% of their timetable is now taught outdoors. The final spokesman was Ian Keith Jones from Ysgol San Siôr, Llandudno, who run a zoo in the school. It's the children who run the zoo and they sell the eggs that are laid by the school hens. 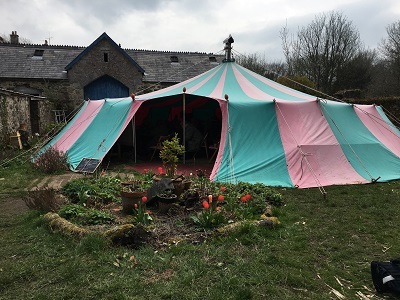 Following these interesting presentations, we were split into groups to take part in different activities deep in the forest. The first activity I tool part in was Expressive Arts. During this session, there was an emphasis on animals and their habitats. We hunted for letters in the woods, learning facts about the woodland animals, acting the animals and creating small versions out of clay. Although I'm not a very creative person, i enjoyed the activities and gathered many ideas for Dysgu am Goed session. 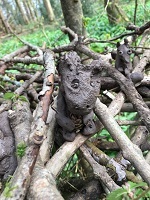 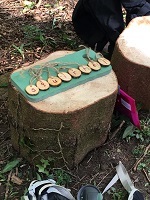 Following a delicious lunch, it was time to take part in the last activity of the day. This time, I chose to join the Health and Wellbeing activity. During the first part of the activity, we heard about the importance of health and wellbeing of the woodland animals and our own health and wellbeing as individuals. We were told how to best explain this to children using a woodland animal as an example. The second half of the activity was spend creating baskets and bird feeders out of willow. This was a great experience for me although it began to rain by the end of the session. It was a great experience to take part in an activity that felt so medicinal ac i suggest that everyone goes out to find some willow to weave some baskets and bird feeders. 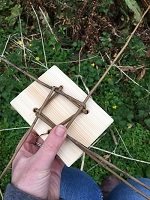 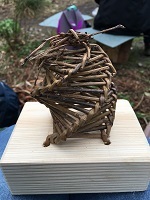 Following the conference, I look forward to use these activities in Dysgu am goed sessions in the near future and I'm keeping an eye out for willow for me to be able to weave everywhere I go. As I work in the office most of the time, spending time in the great outdoors which was very good for me -I suggest you do the same! 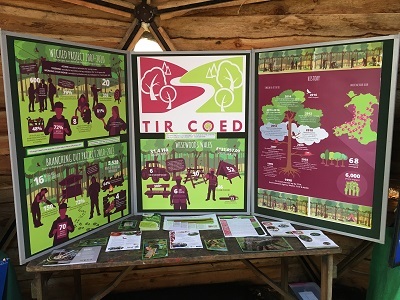